I never knew either of my maternal grandparents.  My grandmother, Helene Polajawer died in 1919 of the Spanish Flu, nine years after giving birth to my mother, whose name, incidentally, was Gerda.  I have a nice photo of my grandmother at her dry goods stand at a Berlin market, probably on Alexander Platz.  My grandfather died on March 6th, 1935, in Berlin, of natural causes.  He lived to be 85 years old, and my grandmother was the last of his three wives.  The reason I remember the date of his death so easily is that he died exactly a year and a day before I was born.  Hitler had already been in power two year when he died, and it may have been a good thing that he died when he did.  He wouldn’t have survived under Hitler in any case.  In 1941, 10% of Berlin’s Jews committed suicide in order to avoid deportation, and they may have been wise to do so.

After my grandmother had died, my mother was raised by one of her sisters, a not uncommon happening in those days.  My grandfather’s name was Abraham Schocken.  I believe he had eight children, but I only knew three of them.  I have no idea what happened to the others, except that one of my aunts wound up in Chile. 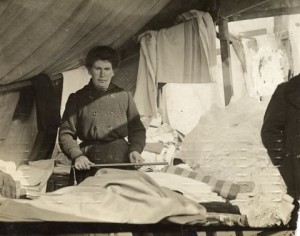 On my father’s side, I knew both my grandparents; however, I don’t remember their names, and there’s no one left who can tell me.    They too had made the forced trip from Berlin to Brussels.  Visiting them  was interesting.  I don’t know what my grandfather did in Berlin, but in Brussels he was a chicken butcher, and he did this in his apartment over the kitchen sink.  He would pick up a live chicken, give its neck a quick twist, and the chicken was dead.  Then came the job of plucking the chicken, and we all sat around doing it together, my father, grandfather, grandmother, and myself, as there were always enough chicken to go round, and we were careful about bagging the feathers, although I don’t know why.  Must confess to having enjoyed flexing the dead chickens feet and legs.  Sometimes a chicken would get cooked, and I’d wind up eating those legs.  It all may appear a little strange today, but at the time it was quite normal.

I’ve always suspected my grandmother of having been a Christian, but I can’t be sure.  She was an expert at coloring Easter eggs without using food coloring, and I have no idea how she did it.  At Christmas she also decorated a Christmas tree with real little colored candles, not a particularly Jewish thing to have done.

To this day I remember a Christmas shopping trip with my father and my grandparents.  I was hoping they would buy me a shiny six-shooter with an imitation ivory grip, but no, they decided to buy me pair of shoes.  I don’t remember why, whether it was the only pair available or whether other shoes were too expensive, but I wound up with a pair of shoes that were too small for me.  When I complained, I was told that I would get used to them.  There might have been a life lesson there. .  .

I have no idea of how or when my grandmother died, but I do wish I could remember both my paternal grandparents names.

4 Responses to My Grandparents